Literary tourism is nothing new. Socrates, who trekking out to Delphi a millennia or two ago looking for truth, could be called a literary tourist; the beardless young Greeks who went to book discussion circles to hear him denigrate the Gods could also be called literary tourists. As could those who attended gigs by Homer, or poets like him, who recited crazy stories of sirens and men being turned into pigs.

More recently, in Victorian times especially, besotted fans would pilgrimage to favorite authors’ houses to soak up the vibe, introduce the imaginary to the real, or simply pluck a leaf from the garden, as George Eliot – or was it Virginia Woolf – once did from Wordsworth’s Rydal Mount.

Regardless, the pastime has long been popular. No more so, it appears, than right now in fact. Last year England celebrated the 200th Anniversary of Charles Dickens’ birthday. Royalty and film stars kicked off events, and tourists flocked to the Dickens museum in London, to Plymouth, his birthplace, and to all the various pubs he frequented, not to mention jails and factories, slums and theatres. Film adaptations of the novels were produced, walking tours organized, audio apps created. 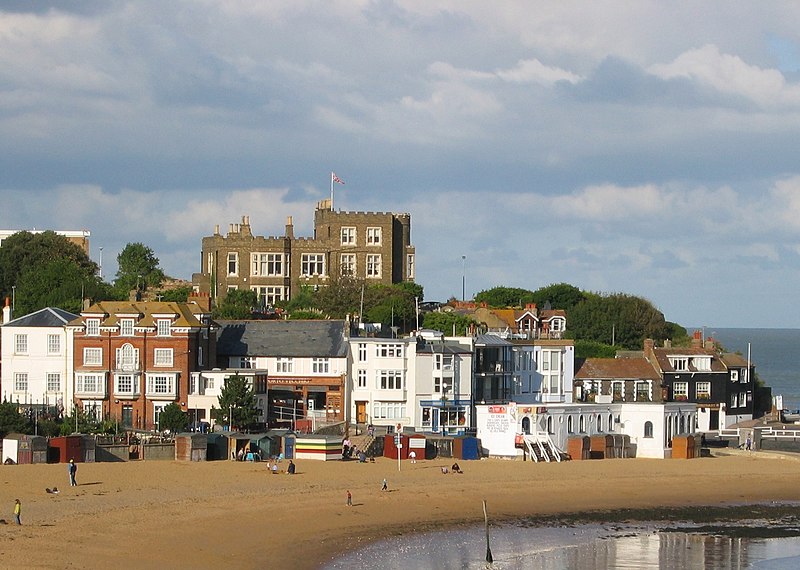 The celebration was a big success, and not just in England. Conferences, exhibitions, tours, stage productions, lectures, and TV and radio broadcasts took place all around the world. This doubtless augers well for other famed scribbler anniversaries, and those places associated with them. England has long ruled the waves when it comes to championing authors. Just look who’ll soon be gracing the ten bill note. Coincidentally, anniversaries of Pride and Prejudice (1813), Mansfield Park (1814) Emma (1816) and Austen’s death (1817) are all soon upon us.

Others are taking note. According to PR representative Bob Titley, Visit Wales has been gearing up for the past several years in preparation for 2014, the 100th anniversary of Dylan Thomas’s birth. This year it’s Welsh poet R. S. Thomas in the spotlight. Programing has been co-ordinated throughout the entire region with walks and lectures , talks and tours planned for at least two years ahead. Forget footsteps, you’ll even be able to cross the Taf Estuary’s “ shimmering tidal harbour”, as Dylan often did, rowing across it to visit friends, “to drink in Llansteffan’s pubs and to seek inspiration,“ by canoeing the route “riding the eddies of his life and words.”

“Colombia’s Magical Realism” is the name of a new tourism campaign designed to evoke the literary genre made famous by native son and Nobel Prize winner Gabriel Garcia Marquez. Macondo, the fictional town described in Márquez’s brilliant novel, One Hundred Years of Solitude, is commonly assumed to be based on Aracataca, the town in which Marquez grew up. “This [Magical Realism] concept brings together perfectly the unique characteristics of our tourism product and the perceptions about it that exist in the world,” said Maria Claudia Lacouture, spokesperson for the campaign.

Studies have found that words like “magical”, “unique” and “surprising” come up frequently when foreigners described their visits to Colombia. “What for us is normal – the seven colors of the sea in San Andres, the Cathedral of Salt in the mountains of Zipaquira, the nation that makes the richest coffee in the world at the Coffee Cultural Landscape or a walk through the streets of Cartagena de Indias that inspired Nobel-winning novels – for our international tourists these experiences are a discovery that they will not only treasure but will share with their loved ones forever,” said the rapturous Ms. Lacouture.

Closer to home, the Philadelphia International Airport in Partnership with the Free Library of Philadelphia is currently hosting an exhibition entitled Philadelphia’s Literary Legacy: Selected Authors, Playwrights, and Poets – From Writers of the Declaration of Independence to Present Day. “Since the writing of the nation’s Declaration of Independence and the Constitution, Philadelphia has been home to many celebrated authors,” the press release says. “This exhibition is a visual overview of Philadelphia’s rich literary past and present.” It features 50 authors, playwrights, and poets from various eras and genres that represent the breadth of the region’s literary creativity.

Hotels too are getting in on the act. According to a recent article in the New York Times, books are getting another look, as hotels “search for ways to persuade guests, particularly younger ones, to spend more time in their lobbies and bars. They are increasingly stocking books in a central location, designating book suites or playing host to author readings.” The Strand bookstore in New York which sells books to the Library Hotel, the Study at Yale and others, reports that the number of hotels ordering books has doubled since the recession ended several years ago.

The media is all over literary tourism as well. Two weeks ago Canada’s Globe and Mail newspaper carried a long front page story featuring well known authors listing novels they connected to various parts of the country. Flavourwire ran a hugely popular piece called 50 Places Every Literary Fan Should Visit, several sites linking novels and place have popped up and Bookriot runs a regular feature highlighting literary life in cities around the world.

With literary tourism definitely in the air, the time is ripe for bookstores, rare book libraries, writers festival and other literary destinations, events and activities to present themselves to the world. The potential is enormous, as big as the imagination you might say.